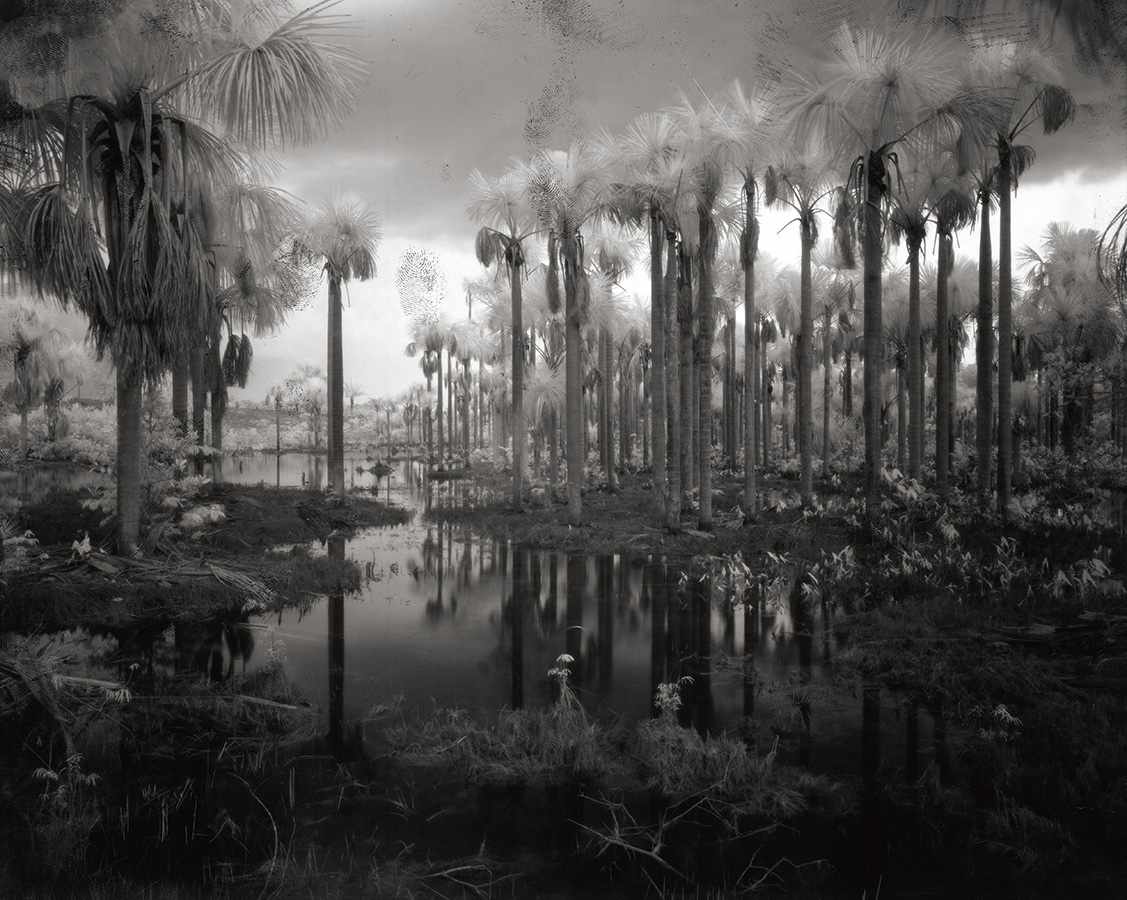 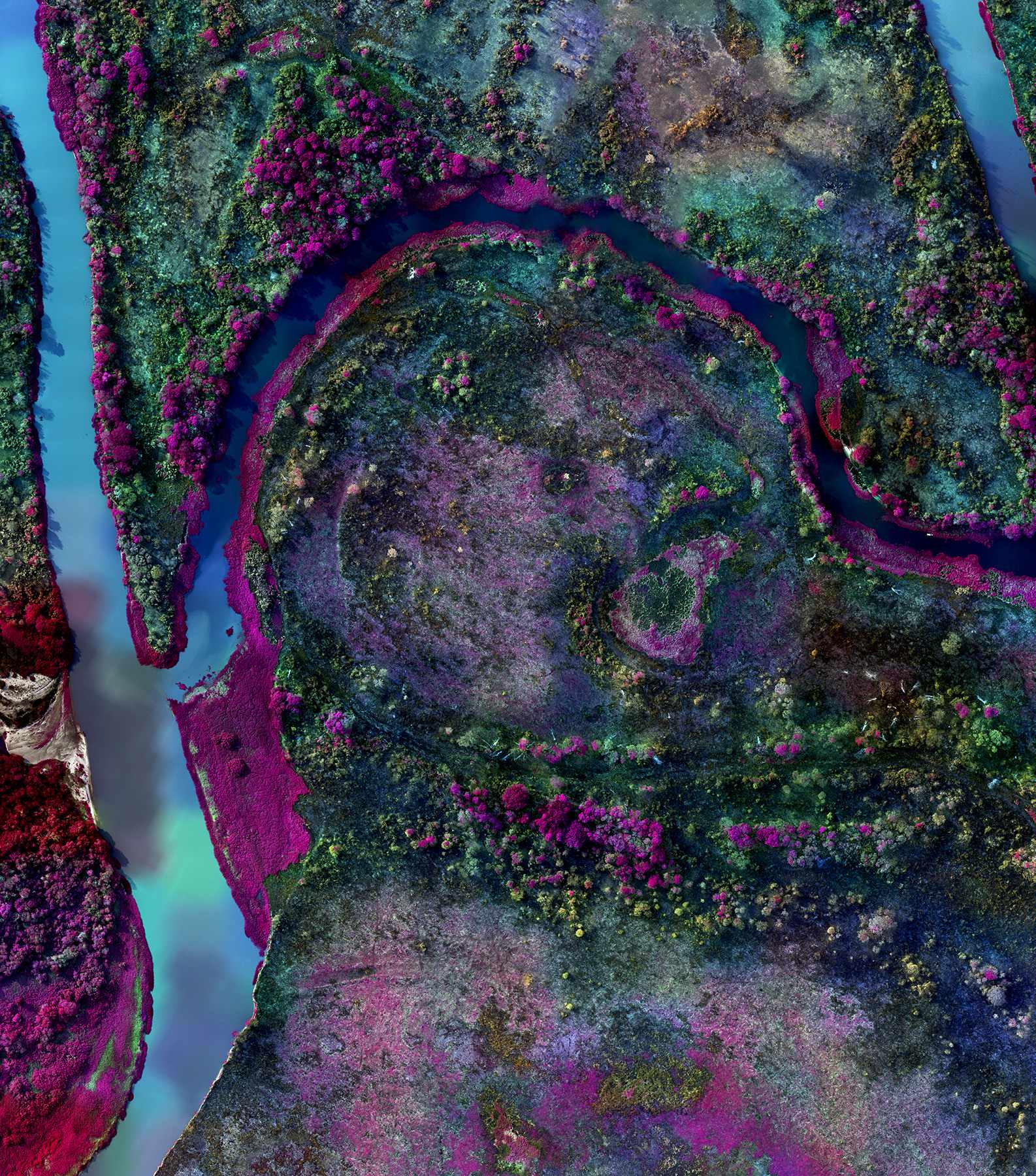 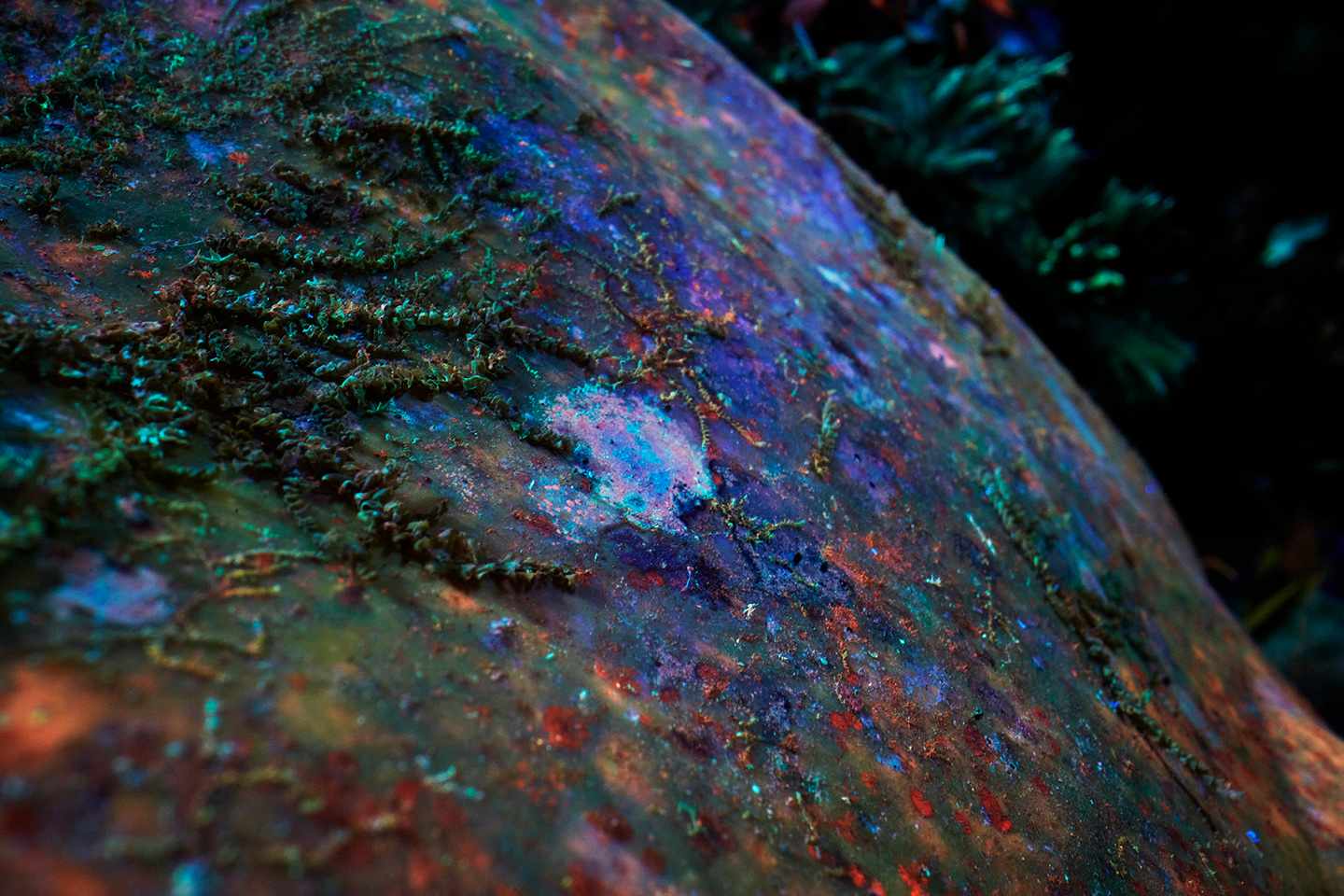 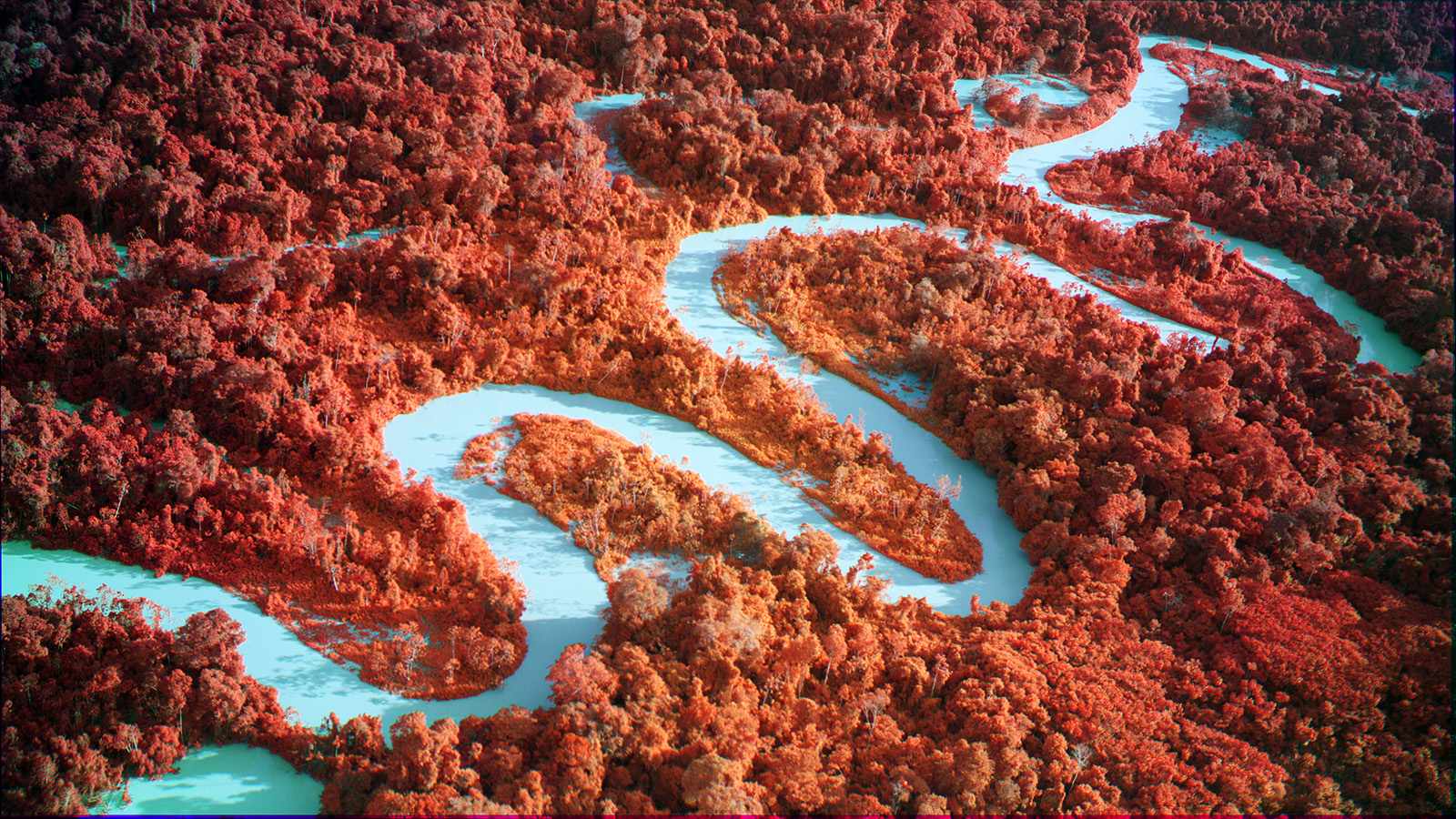 Devastation in the Amazon rainforest and the climate change it triggers tend to unfold in ways that are too vast to comprehend, too minute to perceive, and too normalised to see. In an attempt to render the scale and urgency of the Amazon’s extensive, impending collapse, Richard Mosse’s most ambitious work to date employs a dazzling array of photographic techniques.

Broken Spectre is an immersive, 74-minute film that shifts between a manifold of ecological narratives, from the topographic to the anthropocentric, and to a careful examination of nonhuman violence and survival. Mosse and his team spent years documenting different fronts of destruction, degradation and environmental crimes in the Amazon Basin and related eco-systems.

In accompanying photographic works, Mosse renders the invisible visible: through multispectral cameras that emulate satellite imaging technology, alongside ultraviolet botanical studies, and heat-sensitive analogue film warped, mottled and degraded by the oppressive environment and by the burning forest itself. Accompanying these experimental documentary works are Mosse’s hypnotically vivid aerial maps, which zoom out and colourise the scale and extent of natural decimation in piercing detail, employing specially-made Geographic Information System (GIS) imaging technology.

As climate change continues to define our era and the future of the planet, Mosse bears witness to a rapidly unfolding catastrophe: recent scientific studies predict that the Amazon is close to reaching a tipping point, at which stage it will no longer be able to generate rain, triggering mass forest dieback and carbon release at devastating levels, impacting climate change, biodiversity, and local and international communities. Mosse shows both human sides of the tragedy: from the Yanomami and Munduruku Indigenous communities fighting for survival; to illegal gold miners poisoning and destroying entire river systems for tiny handfuls of gold; alongside Brazilian cowboys wilfully burning their pristine surroundings to create pasture for cattle to sell on international meat and leather markets.

Created from 2018 to 2022, Broken Spectre is published ahead of gravely significant general elections in Brazil, in which Jair Bolsanaro’s victory may seal the destruction of the irreplaceable Amazon forever.

Broken Spectre was co-commissioned by the National Gallery of Victoria, VIA Art Fund and the Westridge Foundation, and by the Serpentine Galleries. Additional support provided by Collection SVPL and Jack Shainman Gallery.